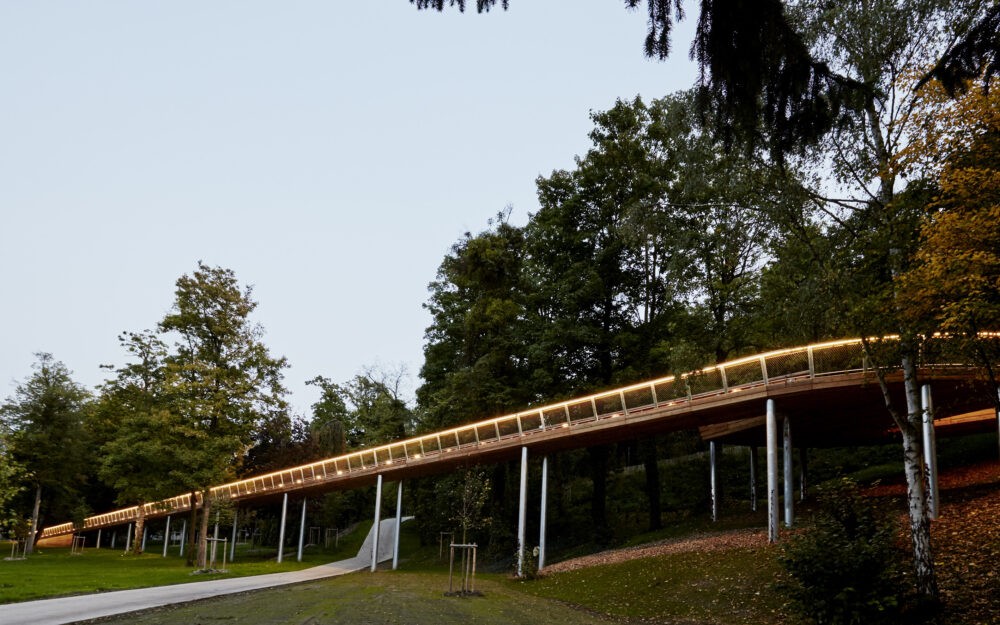 Creil is a town of 35.000 inhabitants, situated in the Northern countryside of Paris. Different neighborhoods coexist in Creil, whose historical core lies on both sides of the Oise River. The construction of an Urban Ramp reveals the purpose of creating a brand new connection between the densely populated neighborhoods of the Rouher highs and the town center. This “plateau” stands forty meters higher than the urban core, suffering from a physical separation, which seems to reflect the existing social gaps within the community.

The project intended to provide an alternative way of moving, by the so-called “soft” modes, on the Laversine’s hillside between the Rouher neighborhood and the city center, at the bottom of the Oise valley.

The topography is marked since it was necessary to remove a 40-meter difference in level in 1.2 kilometers. This ramp makes the route easy to circulate on, including for people with reduced mobility, from the Rougher neighborhood at the top of the hillside, to the edge of the park, which leads to downtown. The three main uses; people with reduced mobility, bicycles and service roads, share the path along the entire route.