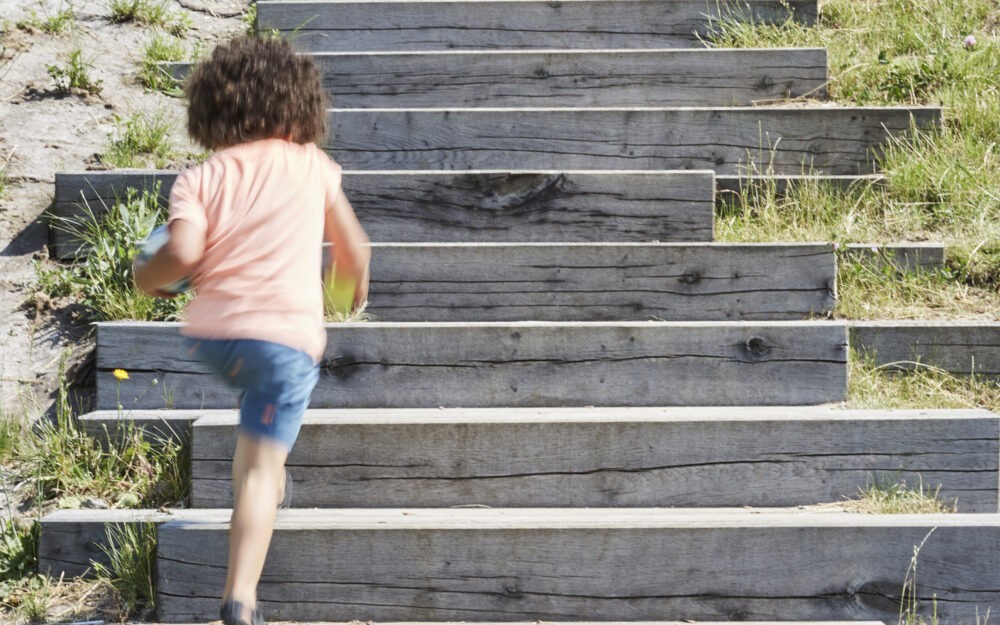 The Urban Park Jesse Owens, located in Grand-Couronne (France) and inaugurated in 2018, is a space open to all ages, with areas dedicated to sports practice, plays, and relaxation; hence it achieves its goal urban park.

With a sports area that was completely enclosed, one of the significant challenges of the project was the creation of a public space where the different areas of the town were connected.

Today, new pedestrian paths compose these spaces and avoid confusion between the passerby and the private spaces that border the site. In the same way, the entrances to the park are designed to control the pedestrian and car flows, making them safe and easy to transit.

The project adjusts the existing urban grid of Grand-Couronne to future and essential connections. The park can be enlarged in the future to create pedestrian and ecological corridors in the location. This arrangement of paths allows to fully integrate the entire park space and create a connection with nearby public space.

The topographical constraint on the design became a source of inspiration for the design. It has allowed to create play areas for different ages.

Slides follow the slope. Teenagers benefit from a multi-sport area where they can practice sports and work out. The furniture opens up to the incredible landscape and allows its contemplation. The park no longer has any limits. A productive space, such as a shared vegetable garden to the north, accentuates the attractiveness and the uses.