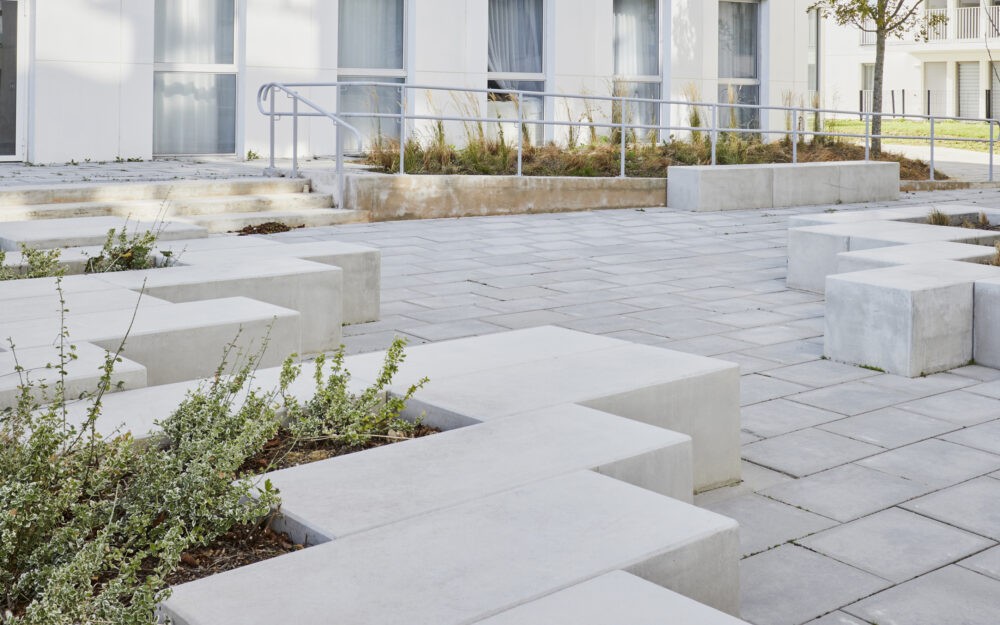 The idea of this project was to conceive a functional link between the Migaux and Galvani blocks. The project is involved in the future development of the neighborhood and its urban planning, creating a strong architectural and landscape identity. They become two references for the future city and allow the creation of a new identity that changes the current image of the neighborhood: a place composed mainly of commercial spaces and warehouses, in an industrial area.

For the Galvani block, the project envisions the construction of a mixed property that includes apartments for researchers, a hotel and offices. Each building is in dialogue with its opposite, to connect the first floor with the public space and the heart of the block. Three landscaped atmospheres alternate, following the primary settings of each space: a sense of openness when accessed from the street, a dense and intimate atmosphere for the private gardens on the second floor, and an expansion of the space in the planted mall

The project was primarily about finding a way to allow people to cross the block, while responding to the program of apartments, hotel and student housing. This was done in the most direct way to give the square great visibility and initiate new uses for residents and future residents. Open spaces were created in the square at the level of the parking lot under the site to plant tall trees.  The planting of the blocks is endemic and requires low maintenance.