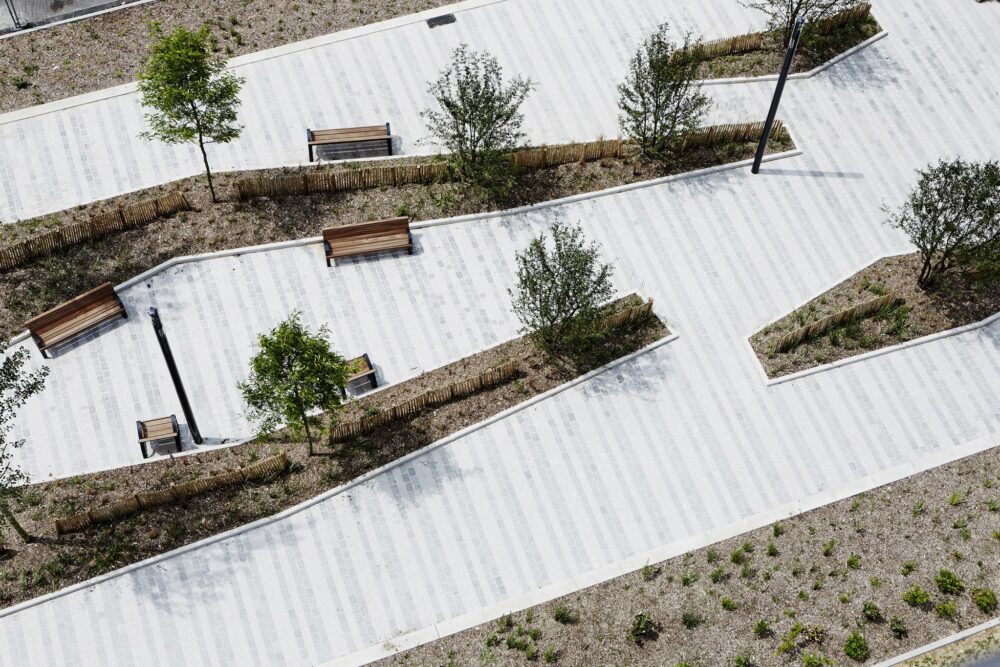 The Grand Ensemble Park in Alfortville (France) was planned following the principles of the Athens charter. These principles led to the creation of ambiguous and opened spaces where common areas were not clearly delimited in both spaces, public and private. Redefining these residential spaces was one of the main challenges during the development of the project.

The renovation of private areas has released a strong central public area, which now structures the neighborhood and links it to the main axes of the city.

Between boulevard d’Erevan and Rue de Londres, the main north-south axis (600 m long and 20 m wide) that emerges naturally is tackled as a linear park. In its very central part, playgrounds are distributed in the form of a “chaplet”, and they are gradually distributed according to age range. In the southern part, a toddler playground was designed by Espace Libre, in the first phase; it completes the system.

Along this path, lawns of several sizes allow the appropriation of public spaces and give the neighborhood the sensation of living inside the park.

Through its lines, shapes and materials, the overall design accentuates the remarkable modernist architecture of the neighborhood, allowing the appreciation of a rich, but still neglected, architectural heritage.