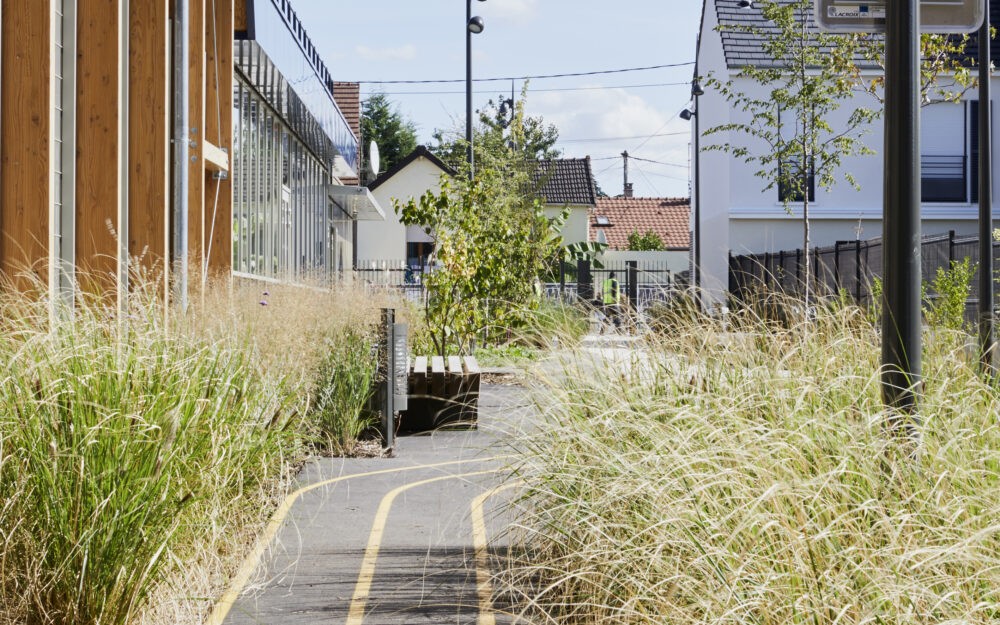 The school restaurant program is divided into three main areas:

Our role is to install the “setting” between these two spaces, these two school groups. The project asserts itself as a converging point where the children can settle down, in a calm time, a peaceful space, to enjoy the meals.

It was also planned to create a sports court. This sports area was made up of a 12×24 meter playground and a storage area for sports equipment that could be divided into 4 parts. The principle of the project was based on the development of a square on the rue de Bourgogne, which allows the equipment to be highlighted. The square is seen as an extension of the public space, an opening into the street.